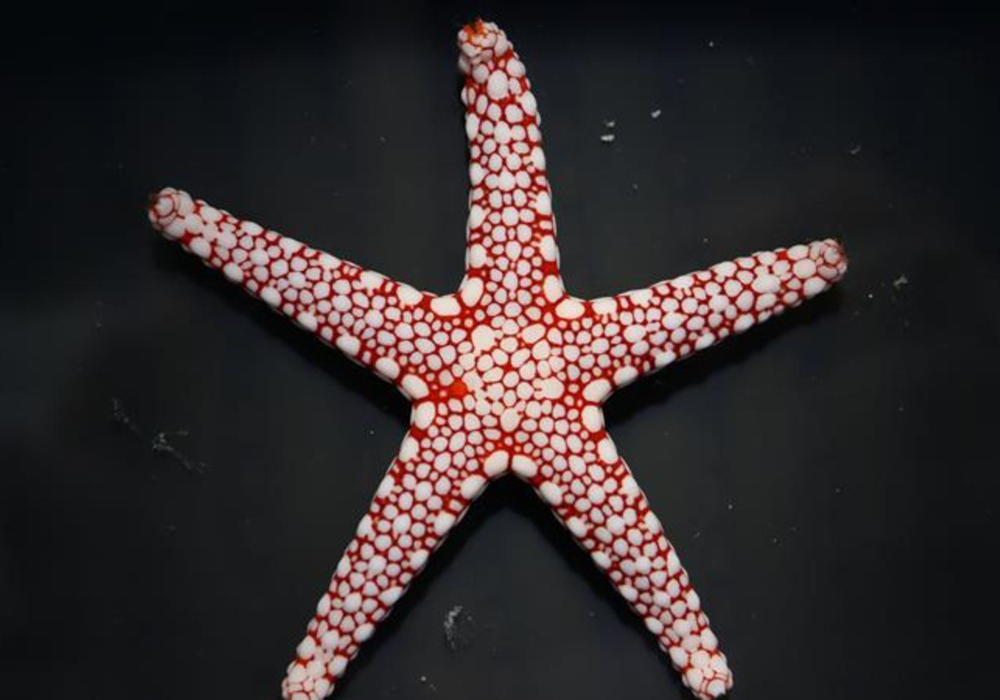 The Red Sea—particularly south of the Gulf of Aqaba and along the Saudi Arabian coast—has been vastly unexplored and little is known about its biodiversity. The establishment of KAUST within the last decade has been transformational in terms of beginning the process of gathering vital data over time. As the largely unspoiled coastal areas of the Red Sea are being developed with a future focus on eco-tourism, it has become increasingly important to catalogue its ecosystem's various inhabitants that make up its biodiversity.

"It's a long-term project. It's one of our objectives at KAUST to explore the Red Sea and catalogue all its species," said Timothy Ravasi, a bioengineering professor at KAUST. He also explained that because of the Red Sea's challenging conditions (characterized by its high salinity and high temperature), it serves as an important laboratory to study and discover many species of fishes and invertebrates, including and especially endemic ones that exist only in its waters.

There's also an important climate change element because—given the Red Sea's extreme salinity and temperature conditions—studying how marine organisms react and adapt to this particular environment can help predict how similar species will react in the future to rising temperatures in the Atlantic Ocean and the Pacific Ocean, for instance.

Bringing together international experts to explore the Red Sea

These objectives are what inspired a week-long Red Sea expedition in May of 2017 on a custom-outfitted boat for scientific operations, which departed from Al-Lith, Saudi Arabia. The 35 participants on board included KAUST students, researchers and professors, as well as 10 marine scientists from the U.S., Japan, the Middle East and Europe. It was one of the largest scientific expeditions in Saudi waters to date in terms of participating scientific personnel. The international scientists were chosen because of their expertise in specific types of marine life species, such as sponges, corals and other invertebrates.

The expedition collected over 3,000 specimens—including more than 50 species that had not previously been recorded.

One of the international experts on board was Professor Greg Rouse, a curator from the Scripps Institution of Oceanography at UC San Diego. As an expert in invertebrates, his role is to catalogue the items found through the expedition; they are considered among the largest collection of invertebrates from the Red Sea.

This expedition was the latest in a series of cruises dedicated to documenting Red Sea biodiversity in a joint effort with Michael Berumen, a KAUST marine science faculty member. KAUST formally began supporting this initiative through its CRG program in 2012. Since then, Berumen and Ravasi have supported more than 75 taxonomic experts as visitors and have organized multiple field efforts each year covering almost the entirety of Saudi Red Sea waters.

The collection methods used to gather the marine organisms did not involve high tech sensors or equipment. During the expedition, "everyone was diving three or four times per day—in the morning and also at night," said Ravasi.

The collection techniques also varied depending on the type of marine life and its size. Certain kinds of fish were collected with various nets or anesthetics. For invertebrates like polychaetes and crustaceans, it was often a process of going to the base of the reef and collecting rubble.

The collected rubble was then brought onto the boat and it was an hours-long process of manually sorting and trying to find the animals that live hidden among the small pieces of rock. Using an onboard microscope, the scientists examined and photographed the animals before placing them into small containers with various preservatives. This process enables later molecular studies in a lab on dry land, which helps to determine if these represent a new species or not.

The importance of the collaboration with the Scripps Institution of Oceanography is in their role in conducting the molecular investigations. Rouse's team extracts the DNA and looks for indicative genetic signatures normally found within mitochondrial genes. Comparison with existing sequence databases provides insight into the identity of an organism and establishes records of where it has been previously recorded. If no identical correlation can be found, then it can be further investigated as a potential new species.

While some of the new species can be established morphologically (usually involving meticulous anatomical characterization), combined morphological and molecular approaches are often required to be certain of their novelty.

Preparing for the impact of eco-tourism

The ongoing process of collecting marine life data from the Red Sea is important because the scientific data obtained about biodiversity will help to determine the impact of expanded eco-tourism, coastal development and other anthropogenic activities on the Red Sea's ecosystem.

Research cruises will continue after the Red Sea coastal mega projects start, so Ravasi estimates that within the next decade it will be possible to provide the government with a scientific assessment of development impacts on marine biodiversity. This can potentially set the standards for future projects not only in Saudi Arabia but for other countries contemplating similar large-scale coastal projects.

"Right now it's too early to provide accurate predictions about the anthropogenic impact on marine life. Unfortunately, we have to wait to see what the impact will be," said Ravasi. The main focus right now is to thoroughly establish what the current biodiversity and condition levels are through this research cruise and future ones.

Berumen points out that the work is challenging and tedious at times, but is also rewarding.

"It will take a long time to work through the complete body of collected material, but along the way, we are constantly reminded of how unique the Red Sea is," he said. "Marine biodiversity is certainly one of Saudi Arabia's most valuable natural resources."